COVID-19 AND YOUR EDUCATION

Please read our announcement regarding the Covid-19 pandemic 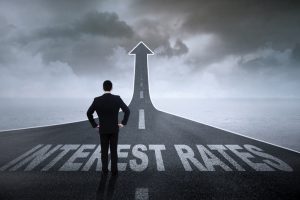 After raising interest rates three times in 2017, the Bank of Canada held its key lending rate at 1.25% in March, with Stephen Poloz, the head of the bank, saying policy makers will “continue to monitor the economy’s sensitivity to higher interest rates.”1But with the U.S. Federal Reserve storming ahead with its own rate hikes, it remains to be seen whether Poloz will follow suit or hang back. After all, the Canadian and U.S. economies are inexorably linked.Most economists believe the Bank of Canada will raise interest rates twice in 2018: once in the second quarter and another in the fourth quarter, bringing the rates to 1.75% by the end of 2018.2While the 2017 interest rate hikes came at a time of a strong job market and solid economic growth, the economy has cooled since then and policy makers are, as noted, cautious about further hikes.No matter what Stephen Poloz decides though, the three interest rate hikes in 2017 are already having an impact on Canadian consumers and the economy. And any premature interest rate hikes in 2018 could further exacerbate the situation.

One reason for holding back on additional interest rate hikes is Canada’s soaring household debt levels. Collectively, Canadian household debt has increased to $1.8 trillion (including mortgages), up six percent from 2017. Some Canadians have reduced their debt, but 37% have added to it, lifting the average amount 3.3% to $22,837 per person—not including mortgages.In 2017, the Bank of Canada estimated that 31% of residential mortgages with Canada’s big banks are up for renewal in the next one to three years.3 Higher interest rates mean those borrowers will be hit with higher monthly mortgage payments when it comes time to renew.Higher interest rates may only tack on an additional $100 or so onto monthly mortgage payments, but that could stretch already cash-strapped Canadians to the limit. Roughly 33% of Canadians already say they are unable to cover their monthly bills and risk falling into a debt trap as they borrow more to make ends meet.With interest rates on the rise, Canadians, and by extension the Canadian economy, could be at a major tipping point.

The housing boom in Toronto and Vancouver has slowed considerably, with both sales and housing prices falling considerably. The tighter lending rules and higher cost of borrowing is clearly getting in the way of first-time homebuyers.This means some homebuyers will continue to work on saving a larger down payment before jumping onto the property ladder, which will result in lower sales in the first half of 2018.This is important because real estate is a huge part of the Canadian economy, in fact, at the end of 2017, 22.68% of the country’s total gross domestic product (GDP) came from real estate transactions and related industries.4To put that into perspective, in the U.S., it topped out at 21.5% in 2009, just before the housing bubble burst. Suffice it to say, the Canadian economy is very dependent on real estate. And rising interest rates are already having a negative impact on the real estate market.

Interest rate hikes have a huge impact on the Canadian dollar, especially rate hikes in the U.S. When the Federal Reserve raises U.S. interest rates it means the U.S. economy is doing well; this sends the U.S. dollar higher and puts pressure on the loonie.Right now, one Canadian dollar is worth around US$0.77. Additional rate hikes in the U.S. would put further pressure on the Canadian dollar, unless Canada keeps pace and raises its interest rates. But with economic headwinds in Canada, this seems unlikely.For now though, a weak loonie will help boost Canada’s export sector, which has long been underperforming. Despite ongoing uncertainty around NAFTA negotiations, a lower Canadian dollar makes our goods cheaper, which should, in theory, increase exports and juice the Canadian economy.This sounds good on the surface, but a lower loonie means imported goods are more expensive, which boosts inflation.

Rising and falling interest rates are a reflection of how well the economy is doing. The Bank of Canada raises or lowers interest rates to make it easier to borrow or fight inflation. With the Canadian economy and Canadian stocks underperforming, it wouldn’t take very much for an ill-timed rate hike to send stocks reeling. A stock market correction will send most investors running for the exits, but the professional traders at Learn-To-Trade.com can show you how to profit no matter what the markets are doing.Learn-To-Trade.com is Canada’s oldest and leading stock market trading courses and is designed to help investors of every skill level to trade more confidently and profit consistently.Investors who take Learn-To-Trade.com’s stock market trading courses will learn about technical analysis, market trends, commodities, futures, foreign markets, stock index trading, cryptocurrencies, blockchain, and Forex trading.They also learn about risk management and capital preservation.At Learn-To-Trade.com we understand that no two investors are alike; that’s why we provide a unique, Lifetime Membership that allows you to re-attend any part of the program as often as you’d like.To learn more about Learn-To-Trade.com’s stock market trading course, contact us at 416-510-5560 or by e-mail at info@learn-to-trade.com.Sources: Photo Credit: iStock.com/CreativaImages

George Karpouzis is the co-founder of Learn-to-Trade and has been personally providing education and mentoring to over 3000 members since 1999. George has been trading in the stocks, options, futures and forex markets using technical analysis since 1986. With the help of advancements in trading technology the Learn To Trade program is now accessible worldwide. His background and passion for teaching brings an invaluable asset to our members. George is constantly striving to improve the program content and develop new strategic relationships for the benefit of the members.